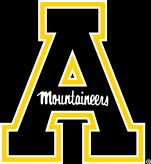 Appalachian State Football Announces their plans for the next season

Season tickets for the 2022 season sold out in July, contributing to the Mountaineers again setting school and Sun Belt Conference records with a single-game average of 33,566 fans per home game at Kidd Brewer Stadium. Of the eight biggest crowds in stadium history, six occurred during the 2022 season. The 2023 schedule will have six home games at The Rock, including visits from regional rivals such as East Carolina, Marshall, Coastal Carolina and Georgia Southern. The 2020 visits from Marshall and Coastal Carolina were two of the most memorable home games in recent history, with App State winning 31-30 against the Thundering Herd and 30-27 against Coastal on a field goal as time expired. The 2023 season opener will feature a Sept. 2 visit from Gardner-Webb, followed by ECU coming up the mountain Sept. 16 for its first Boone appearance since 1979. The only 2023 home opponent yet to be announced is a team from the Sun Belt’s West Division. As announced a year ago, 2023 is the first year in which Kidd Brewer Stadium bowl seating will be based on a per-seat model for donations. Visit the Mountaineers Athletic Fund's webpage for detailed information on 2023 Renewals and Beyond.

GoBlueRidge.Net and High Country Radio is proud to offer five radio stations with content created specifically for the High Country. All of our stations are live and local and provide the latest news and information from our community.
ABOUT US